All about the EPT Formula and Shared Direct Expenses

Home Blog All about the EPT Formula and Shared Direct Expenses 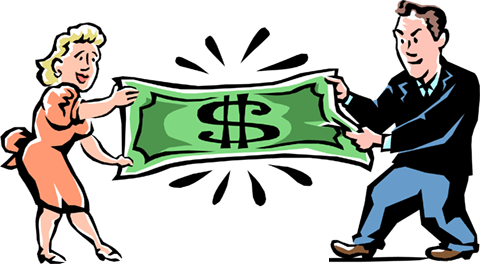 All about the EPT Formula and Shared Direct Expenses

The Equal Parenting Time (EPT) formula is one of two ways shared residential parents can calculate child support for their case. The EPT formula was introduced in 2012 as a replacement for the "80/20 Rule," which was in effect from 2008 to 2012. Let's take a look at how the EPT works and how it differs from other calculation methods.

Shared residential parents share time with their child(ren) on a nearly equal basis. Therefore, it is presumed that the costs involved in raising the child(ren) are nearly equal. Therefore, if each parent made the same income, each parent paid for half of the child(ren)'s direct expenses for clothing, education, etc..., and had the same financial situation in their home, the net child support payment would be $0. However, incomes are rarely equal and payments for direct expenses are rarely equal (to the penny that is).

The basis of the income shares model, on which the Kansas child support guidelines are built, is predicated upon the idea that the parents contribute to the household income in direct proportion to their income. In essence, a parent making 75% of the combined household income is presumed to contribute 75% of the needs of the child(ren), with the other parent contributing the balance of 25%. These percentages are used to determine the child support obligation of each parent by simply multiplying the total obligation by each parent's respective income percentage.

Setting the issue of direct expenses aside for a moment, let's first determine the basic cash flow in the home. In shared residency, when the income is equal, there is a $0 child support payment. So, the first step to shared residency is to balance the income in such a way that both parents effectively have the same income. For the sake of simplicity, we will use the parental income% to describe this. The low income % is subtracted from the higher income %. The result is divided by 2. for exammple, consider one parent making 80% of the combined income, and the other parent making 20%.

So the above demonstrates how the first part of the EPT formula effectively gives each parent the same money to provide for the child in their home. If direct expenses are split evenly or are settled between the parents in some other equitable way, this is called The Shared Expense Formula. In this case, the resulting percentage of the total calculated child support obligation is the final child support amount (give or take).

The EPT formula was developed for families that don't share direct expenses for one reason or another. This is the major distinction between The Shared Expense Formula and the EPT Formula. The EPT formula further divides the total child support obligation into indirect expenses (IDE) and direct expenses (DE). The DE portion has been estimated to a certain percentage depending on the income of the family. The percentage allocated to DE ranges from 26% to 36% of the total child support obligation. Since the parental income has been effectively balanced, each parent is responsible for half of the total amount, thus each parent is responsible for 13% to 18% of the total.

This is a long article, but hopefully it provides some clarification on the EPT formula and shared residency in general.

Have a blog idea?

If you have a suggestion for a good blog article, please contact us. Most blog articles found here are actually based on questions had by our users.